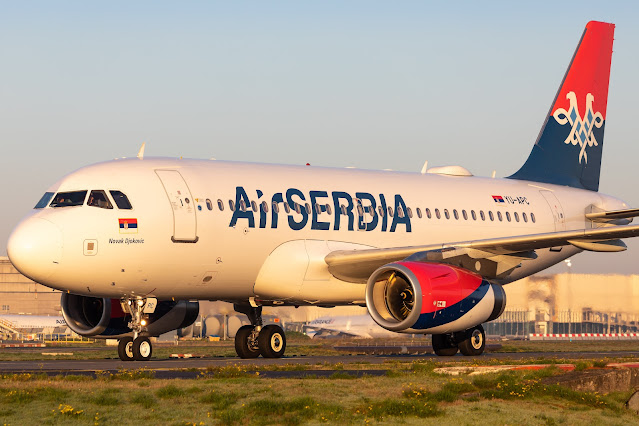 Air Serbia is expected to resume scheduled operations to the Middle East in November after over two and a half years. As EX-YU Aviation News learns, the airline is soon to announce the resumption of flights between Belgrade and Tel Aviv from late November. Flights are tipped to operate twice per week with the Airbus A320-familly fleet. The airline discontinued services to the Israeli city at the onset of the coronavirus pandemic in March 2020 and later concluded a codeshare partnership with Turkish Airlines on the route to shuttle passengers to Tel Aviv via Istanbul. Israeli carrier Arkia has operated services between the two cities on and off during the summer, however, there are currently no nonstop flights.

The resumption of Air Serbia’s Tel Aviv service effectively marks its return to the Middle East after over two and a half years. However, the airline operated charters to Dubai during EXPO 2020 in late 2021 and the first quarter of this year. Prior to the coronavirus pandemic, it served Tel Aviv and Beirut in the region, although the latter was terminated just prior to the global health emergency as a result of Lebanon’s economic crisis, which has since deepened. As its replacement, the Serbian carrier planned to launch a new service to the Jordanian capital of Amman, however, those were also shelved due to Covid-19. Flights to Amman were again scheduled to launch this summer but were cancelled without explanation.

Air Serbia is still finalising its 2022/23 winter season network, which begins at the end of the week. Therefore, further changes are possible. Air Serbia’s CEO, Jiri Marek, recently said the Middle East was on Air Serbia’s radar. The carrier has so far announced plans to launch new flights from Belgrade to Malta, while limited operations between Niš and Zurich will also be maintained this winter. The airline also plans to introduce its second long haul service, to Tianjin, in December. “We are convinced that this winter season will be dynamic and that we will achieve better results than those of autumn and winter 2021”, Mr Marek recently said.